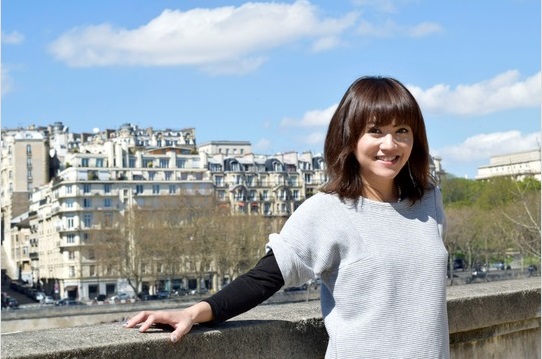 "Everyone, I have an important announcement to make.
There were a lot of things that happened this year.
From the launch of Battleship Nadesico's theme song debut, this year October it was the 20th anniversary, and Saint Seiya has also reached its 30th anniversary.
And I also went overseas a lot. Singing overseas might be more compared to the amount of singing I did in Japan.
I went to Chile earlier this year and went to Los Angeles the following month. In May, I went to China and in July I sang in Brazil, Argentina. 6 cities 7 performances, touring for 3 weeks.
I was quite busy but the opportunity to meet so many people all around the world, and singing more, It was a very fulfilling year. But on the other hand, I became sick in the second half of the year.
In fact I was thinking of not telling everyone, to my fans about my illness. I always thought that I wanted to convey my energy to everyone.
But my family told me.
“Even if you look at the pictures of your everyday lunch, it’s actually not that important, and it's not even fun.
So, if you truly want to connect with people through blogs, etc., it’s by conveying what you are feeling right now, if you do that don't you feel more connected to people?"
I thought that it may be so. And I feel like I'm keeping a secret, makes my heart feel uneasy somehow, so I decided to tell everyone about my condition in my blog.
A suspicion of breast cancer was found during my health examination in July this year. It was a very small suspicion though. But the doctor told me ”Please go to a big hospital without waiting a year“ and after that
I went to a Brazilian tour for three weeks.
I thought to myself, ”Cancer? No It couldn’t be cancer? Me? No way?". Especially without a lump, and no change whatsoever to my physical condition, so it was a very mysterious feeling.
No way, I truly thought to myself.
After the 3 weeks Brazil tour, I went to a big hospital for a medical checkup the next day in Japan.
The result was cancer. Breast cancer.
From there, the examination at the hospital continued, and MRI results found a small tumor on the right, as well as the part pointed out initially on the left side.
Bilateral breast cancer. By that time I was already very, very mentally depressed.
In the MRI image, the lymph was shining. Not a single word came out of my mouth.
During the examination, I cried because my heart was unable to withstand it.
But still, for the small children, and for my sake I decided to do surgery for the first time to get better, to be healthy again.
“Will I cry on the day of the surgery?”
Is what I thought, but I didn’t.
After that, I found that there was no metastasis to the lymph on the medical examination after the surgery.
Even after surgery, there was pain in my body, but my heart was relieved.
Maybe because it was filled with uneasiness for several months.
During the hospitalisation, I was operated in the same way, shared a room with people, talked with them and the people in the next room, and we became friends.
After sharing a lot of stories with them, I received some bravery. I felt our hearts became one, fellows who fought together through sickness and surgery.
It's been awhile since the surgery.
There’s 2 more weeks left this year, and I want to see everyone, so I will go to Comiket!
On the third day of Comiket, West 1 Hall Ru 27a .
I am looking forward to seeing everyone on December 31st.
Fans who has always supported me,
Everyone who was involved in my 20th anniversary album production, who I am indebted to,
My friends,
And my precious family.
☆ Thank you everyone ☆
Postscript
The 20th anniversary album is still underway, so please wait for a little bit more.
The picture is a one frame of the photo shooting I did the other day.
Looking forward to see what you can do with it ♡"